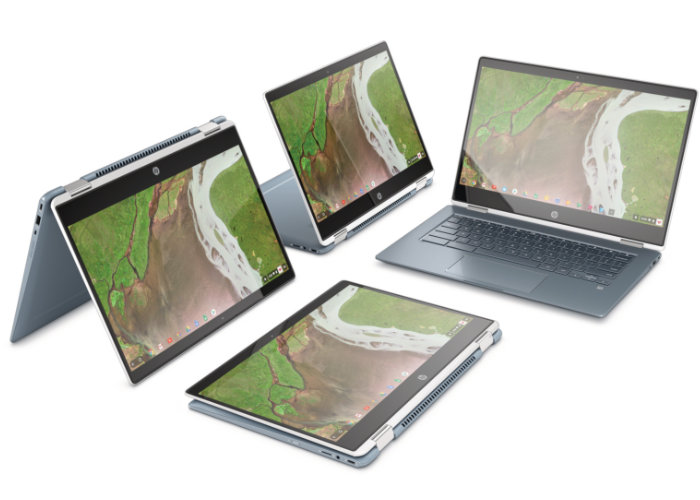 Hewlett-Packard has this week announced the availability to preorder its new Chromebook convertible laptop in the form of the HP x360 14. The company’s thinnest Chromebook to date is now available with prices starting from $599. Equipped with a full HD touchscreen display and a rechargeable battery that is capable of providing up to 14 hours of battery life. The convertible laptop is powered by an Intel Core i3 and i5 8th generation processors supported by 8 GB of RAM and equipped with 64GB of SSD storage.

The HP x360 14 system also sports 2 x USB Type C, 1 x USB Type A, a microSD slot and an audio jack and measures just 16 mm in thickness. Now available to preorder the HP x360 14 Chromebook will be shipping later this month on October 21st, 2018 throughout the United States.

The new Chromebook system builds upon the original 11 inch HP x360 launched back in 2017. . Kevin Frost, vice president and general manager of HP Consumer PC explains a little more about the new Chromebook system. “With the success of the HP Chromebook x2 earlier this year, customers have signalled they want premium choices and powerful experiences in their Chrome OS devices”.