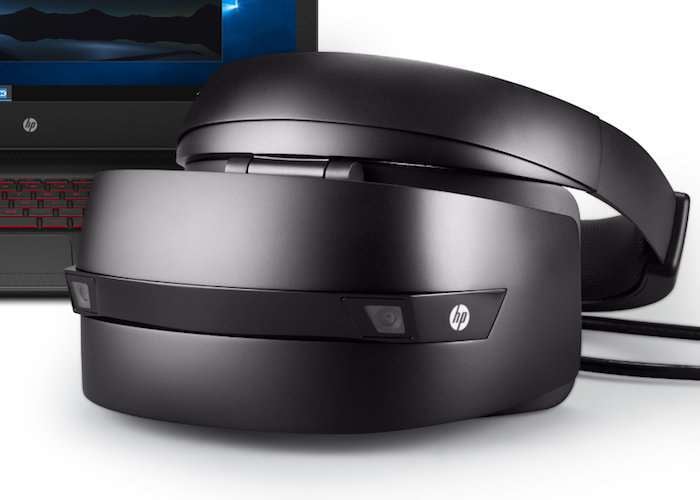 Shipping is expected to take place on October 17th, 2017 as with the other Windows MR headsets which are also available to preorder from today onwards allowing you to enjoy virtual reality and augmented reality applications from Steam VR, Microsoft’s Windows App Store and AltSpaceVR to name a few.

Specifications for the HP Windows Mixed Reality Headset include :

• Two high-resolution liquid crystal displays at 1440 x 1440
• 2.89” diagonal display size (x2)
• Front hinged display, so you can flip the headset up while working
• Up to 105 degrees horizontal field of view
• Display refresh rate up to 90 Hz (native)
• Built-in audio out and microphone support through 3.5mm jack
• Single cable with HDMI 2.0 (display) and USB 3.0 (data) for connectivity
• Inside-out tracking
• 4.00m cable

Motion controllers are key to the best trips in Windows Mixed Reality. They offer complete freedom of movement and let you interact in a natural way so you can pick up items, use weapons, and control other characters. They also feature haptic feedback, thumbsticks, and button control, so you can easily navigate around every game.

For more details jump over to the official Microsoft store via the link below.