Last week we saw a video teaser of a new ultrabook from HP, and now HP has announced the HP Envy 14 Spectre ultrabook, and it certainly features a different design that any of the ultrabooks we have seen previously.

The lid of the HP Envy 14 Spectre is made from lightweight scratch resistant glass, the glass is also used on the display, the palm rest and the HP ImagePad, and it features a 14 inch display in a typical 13.3 inch laptop frame. 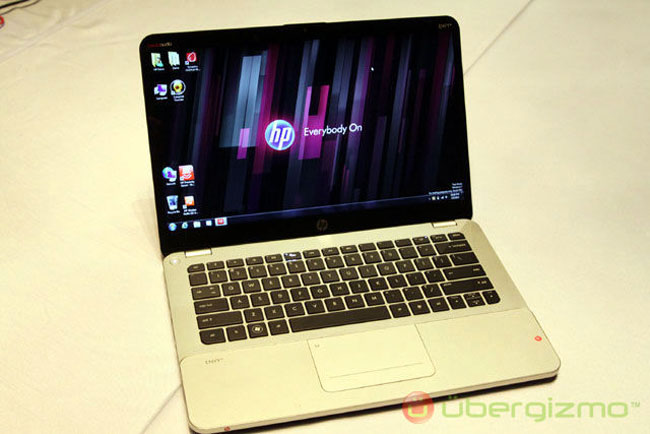 The 14 inch display features a 1600 x 900 pixel resolution and processing is provided by a range of Intel Core i-processors and you get a choice of up to 256GB of solid state storage and it also feature NFC built in.