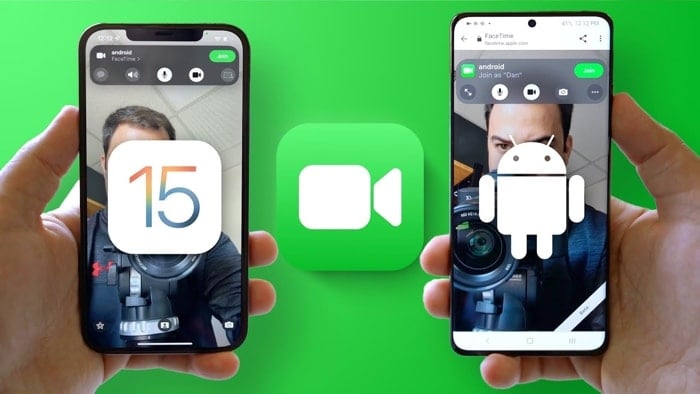 Apple’s iOS 15 software brings lots of new features to the iPhone, it also brings the ability to use Apple’s FaceTime video calling on Android.

When iOS 15 is released owners of Android devices will be able to received FaceTime calls from Apple’s devices, this is done by sharing a link with the Android user.

The video below from Dan over at MacRumors gives us a look at how this FaceTime feature will work on Android devices.

As we can see from the video, the new feature works in a similar way to Zoom, you are sent a link on your Android device and you then click this link to join a FaceTime call. This feature is not limited to Android devices it will also work with any browser based device like Windows.

It appears to be quite easy to set up a FaceTime call with an Android smartphone or another device using your iPhone. The feature is not available on the current iOS release, it will be added when Apple releases iOS 15 later in the year.

Apple are expected to release their iOS 15 software update later this year, it should land around the same time as the new iPhone 13, so we are expecting this to be released some time in September.