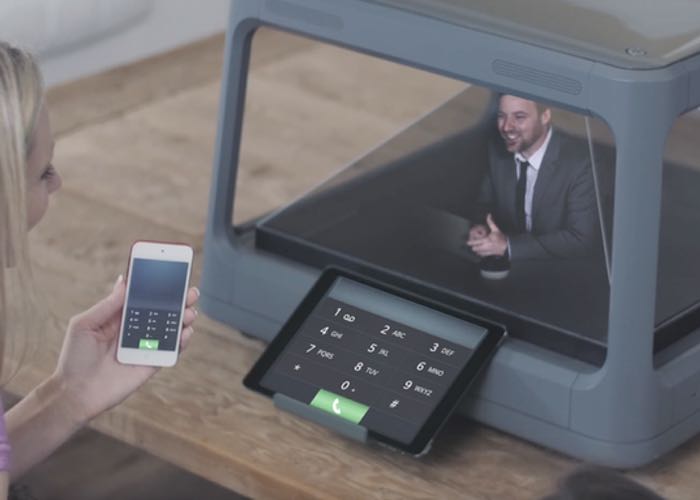 A team of developers at hplustech have created a new holographic display called the Holus, that they have launched on Kickstarter and is capable of providing a blend between the digital and real world.

The Holus converts any 2D digital content into a 3D holographic, that can be viewed in real time using the tabletop hardware. Hollis is capable of converting any digital content from say a computer, tablet or smartphone into a moving 3D hologram.
Watch the promotional video below to learn more about the Holus system and is functionality, and how the holographic system is able to allow people to view augmented or virtual reality imagery without the need to wear a headset.

“Use Holus at home to learn, collaborate and have fun. It also opens up opportunities for developers to create their own holographic applications.

There are two versions of Holus available- a home edition with two smart phone charging docks and a Holus Pro. Holus Pro includes an HDMI port and SDK tool so that developers can unleash a world of new possibilities. Holus can be used as a family entertainment system, business tool or for developers to create their own holographic applications.  Holus provides a natural and intuitive way of engaging with information.

Holus’ enhanced interaction promotes memory retention and also health by encouraging users to move around and can also predict a user’s position through motion tracking. Unlike many entertainment and wearable systems that tend to isolate people, Holus aims to create a “social campfire” experience that brings people together without having them miss out on real life moments.”

The Holus is now over on Kickstarter and has already blasted past its required $50,000 pledge goal thanks to over 230 backers that have already pledged over $160,000 with still 29 days remaining of the campaign to run.