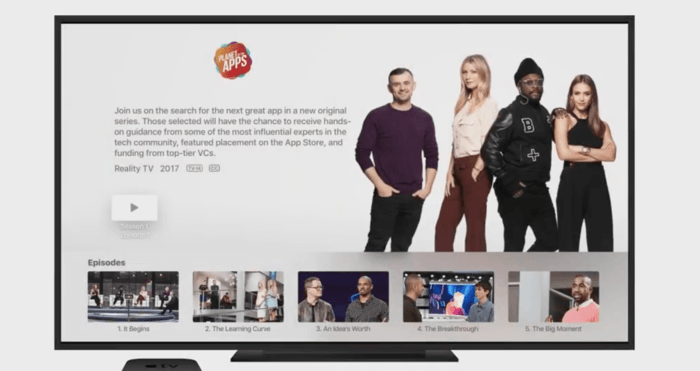 Apple is working on a number of new TV shows for Apple Music, one of those is Carpool Karaoke which we saw a trailer for yesterday, the other is the new Planet of the Apps show.

The Planet of the apps show will see app developers pitch their ideas to a panel which will include Will.i.am, Jessica Alba, Gwyneth Paltrow and Gary Vaynerchuk.

The guys over recode were given a trailer for the new Planet of the Apps show which they shared on Twitter, you can see the trailer below.

Apple is launching its first TV show, “Planet of the Apps.” Here’s the trailer. More in our live blog: https://t.co/wK3Nn4xjuv #CodeMedia pic.twitter.com/AbdhyxRvJ8

As yet there are no details on the exact release date for the new Planet of the Apps show, as soon as we get some more details, we will let you guys know.