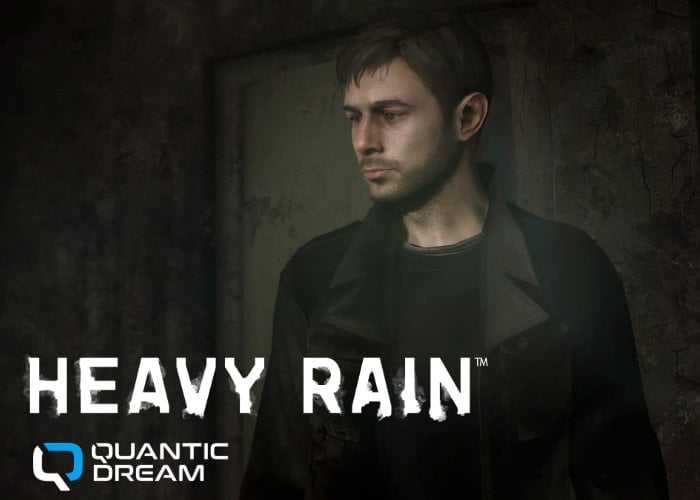 If you are interested in purchasing the previous PlayStation exclusive Heavy Rain created by Quantic Dream on the PC, you’ll be interested in the performance analysis video created by the team over at Digital Foundry providing insight into what you can expect from the remastered PC version which has been recently launched after the game was exclusively launched on the PlayStation platform.

“Play four different characters in this tension-soaked psychological thriller. Choose your next move carefully, as every decision may have dramatic outcomes. Spanning four days of mystery and suspense, the hunt is on for a murderer known only as “The Origami Killer” – named after his macabre calling card of leaving behind folded paper shapes at crime scenes. Each of the four characters follow their own leads, with their own motives. Directing their very actions, you have to prevent the killer from claiming a new victim. How this story ends is entirely up to you…”

Heavy rain is now available to purchase from the Epic Game store priced at £16 although there is a demo available which is free to download and play through to get a feel for the game and its mechanics before you part with your hard earned cash.

Euro gamers Alex Battaglia explains a little more about the development process of the Heavy Rain game : “Heavy Rain made its first splashes as a work-in-progress title with a demo snippet leading up to the launch of the PlayStation 3, showcasing remarkable character rendering technology for the time. The final release developed a cult following of sorts for a variety of reasons (Jason!!) and it’s also known for the craft and great level of detail in put into its individual scenes. A PS4 port followed, upgrading the game to 1080p resolution, adding post-process effects like screen-space ambient occlusion while improving performance and eliminating the original’s off-putting penchant for intrusive screen-tearing.”