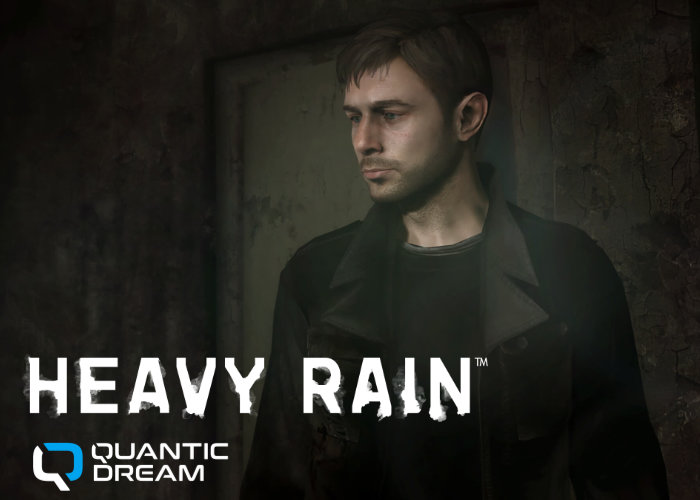 After previously being any PlayStation exclusive Quantic Dream’s psychological thriller Heavy Rain is now available to purchase and play on PC systems and is now available to purchase directly from the Epic Store price that £15.99. Heavy Rain will continue to be an exclusive to the Epic Store for an undetermined amount of time but offers a great chance to experience the PlayStation game at higher frame rates than 30 FPS as on the original PlayStation system.

Last year it was announced that the PlayStation exclusives Heavy Rain, Beyond Two Souls and Detroit Become Human, would be coming to the PC platform. Check out the PC trailer below to learn more about the first and what you can expect from the “tension-soaked psychological thriller”.

“HOW FAR WILL YOU GO TO SAVE SOMEONE YOU LOVE ? Play four different characters in this tension-soaked psychological thriller. Choose your next move carefully, as every decision may have dramatic outcomes. Spanning four days of mystery and suspense, the hunt is on for a murderer known only as “The Origami Killer” – named after his macabre calling card of leaving behind folded paper shapes at crime scenes.

Each of the four characters follow their own leads, with their own motives. Directing their very actions, you have to prevent the killer from claiming a new victim. How this story ends is entirely up to you…”

A free demo available if you want to check how the game runs on your PC before buying and the next release from Quantic Dream will be Beyond Two Souls, available from July 22nd, 2019.

Minimum system requirements for the PC version of Heavy Rain :

Recommended system requirements for the PC version of Heavy Rain