Griffin’s PartyDock, a gaming accessory of sorts for iOS devices, pranced into the FCC and gave us a peek into the accessory company’s venture into gaming territory. 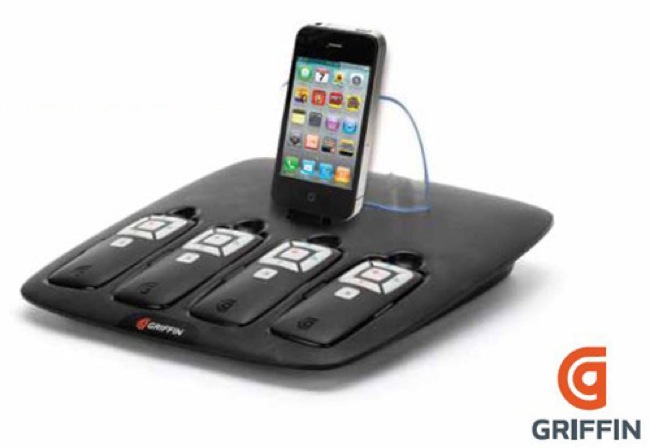 It comes with four Apple Remote-esque wireless controllers that let you play games on your iPhone or iPad on your big screen. Hold on, make that Griffin-brand only games, which is a bit of a bummer for you folks into iPad Huddle games.

Lest you start grumbling about the lack of playability of this device, there are three mini games included: Midway Motors, Fishing Frenzy and Flippin’ Frogs.

The FCC filing also revealed the URL for the game site, which is understandably still offline.

Now why Griffin’s sudden interest in making game accessories? They already have a grip for controlling motion games like flight simulations so this sounds like a reasonable next step. It won’t take off though if they don’t partner with app developers to make their gear compatible.