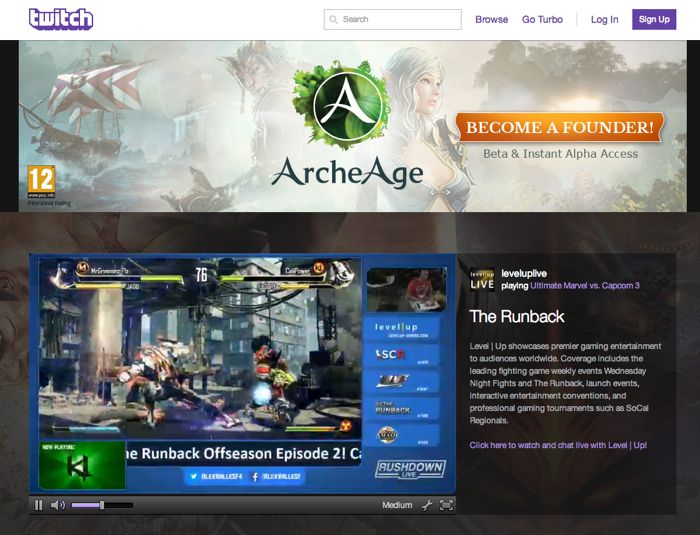 There were rumors a few months ago that Google’s YouTube were interested in acquiring Twitch, and now according to a recent report by Venture Beat, Google are purchasing Twitch for $1 billion.

Twitch is a live streaming platform which focuses on Gaming, it was launched back in 2011 by Justin Kan and Emmett Shear, who previously co-founded Justin TV.

Twitch has be come extremely popular since launch, it now has around 50 million active monthly users and around 1.1 million of those broadcast videos each month, and more than 13 billion minutes of videos are watch on Twitch each month.

Google’s YouTube is apparently overseeing the acquisition, although both Google and Twitch have declined to comment on the takeover.

The company raised around $35 million in venture capital for Twitch from a number of VC’s, so the $1 billion purchase price should provide the investors a good return on their investment.

As yet there are no details on exactly what Google has planned for Twitch, whether Google will continue to run Twitch as a seperate entity, or whether they have plans to integrate it into YouTube remains to be seen, as soon as we get some more details, we will let you guys know.