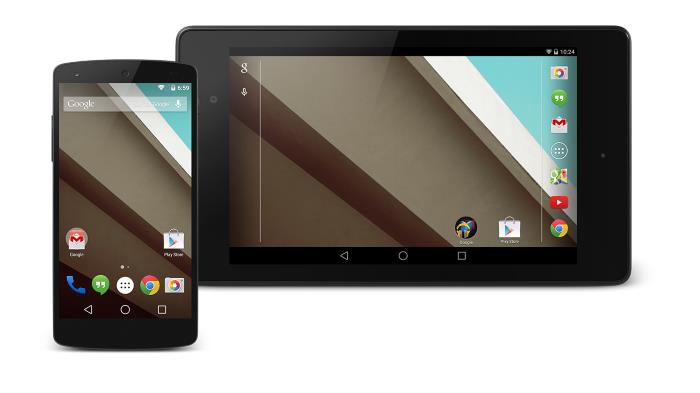 Back at the Google I/O conference, Google showcased the latest Android 5.0 L update, which was released as a preview for a few Nexus devices.

Recently, Google posted some updated builds of the Android L update for the Google Nexus 5 and Nexus 7. The updated version bumps the build version to of LPV81C, and is said to be a minor update.

The updated Android L preview is said to come with support for Google Fit, and that’s it. There’s no word about any other change or enhancements it has to offer. It could be a small update that fixes a few known bugs and issues, but we’ll update you as soon if any interesting thing pops up. Also not that the “hammerhead” moniker is for the Google Nexus 5, while the Razor one is for the Nexus 7 tablet.

Google is expected to roll out the Android L update with the next Nexus device, which is expected to see the light of the day by the end of this year. As for existing devices, Nexus devices, as always, may get the update quickly, while it may take a little while for other OEMs to get it ready for their handsets and roll it out. The process can take months, but some of the manufacturers — HTC, Motorola, etc — have announced that they’ll update some of there devices as early as possible after receiving the update from Google.