As well as announcing the closing of a number of service this week in the latest Google Spring clean, including the popular Google Reader service, Google has also also updated the status of its Google Nexus 4 Bumper.

Google has also now removed the official Google Nexus 4 Bumper case from the Google Play Store indefinite it may seem, with the listing now reading “Nexus 4 Bumper (Black) is no longer available for sale,” . 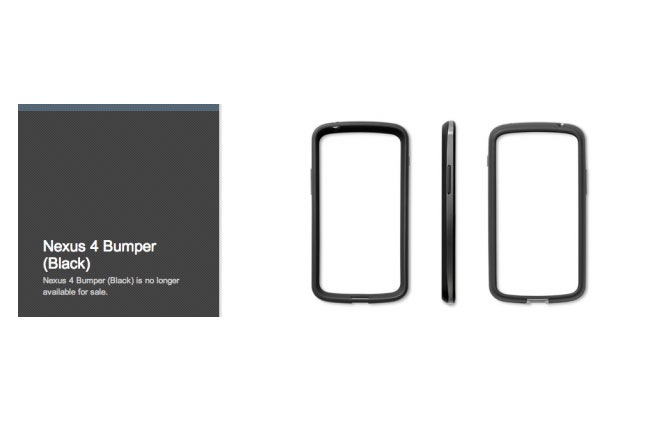 But don’t worry too much as the Google Nexus 4 Bumper case is still available from other source for the time being, if you still need to purchase one, and Official LG Nexus 4 bumper cases are available from wireless retailers.