Yesterday Google launched their latest Android devices, which included the new Nexus 4 smartphone and the Nexus 10 tablet, both devices seemed to sell out pretty quickly, although Google listed the devices as coming soon.

It looked like Google made more of each device available throughout the day, although the seemed to sell out pretty quickly, some people were able to still order the device. 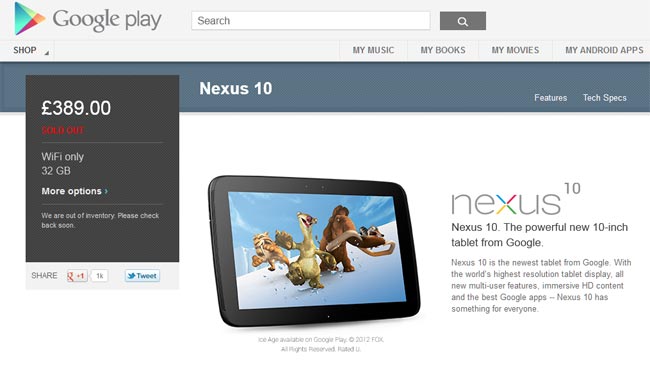 Now it would appear that Google is completely sold out of the Nexus 4 and the Nexus 10 as their Play Store is now showing both devices as sold out, there are no details as yet on when they will be back in stock.