We told you about the new Google Maps 5.0 for mobile recently, and now Google has launched the latest version of Google maps for Android, and it comes with a range of new features which include 3D and they have also added offline reliability.

Google Maps 5.0 for Android uses dynamic map drawing, which uses vectors instead of flat images, this allows you to interact with the maps in a range of new ways which include tilting, rotating, smooth zooming and a new compass mode. 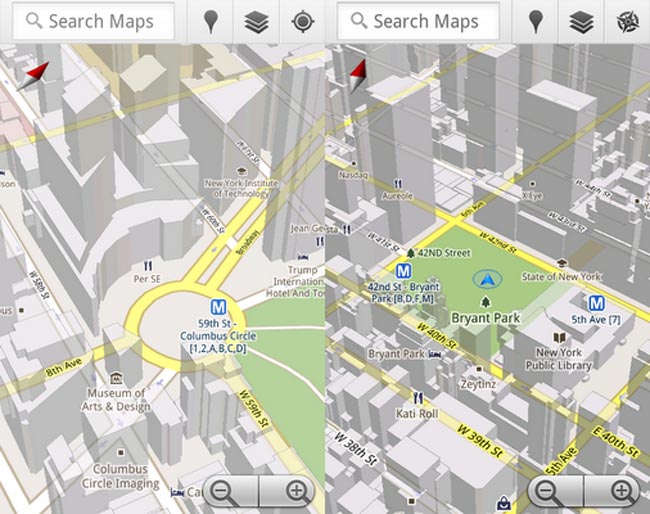 You can see Google Maps 5.0 for Android in action in the video below.

You can find out more details about Google Maps for Android, including all the new features over at the Google Blog.