Yesterday at the live Google+ event, Vic Gundotra announced a new much-needed update to Google Hangouts, which brings a handful of useful features we’ve all been waiting for. If you’re a Google Hangouts user, you’ll be pleased to know that SMS integration is coming to the Hangouts app along with many new exciting features such as location sharing, animated GIFs and more. 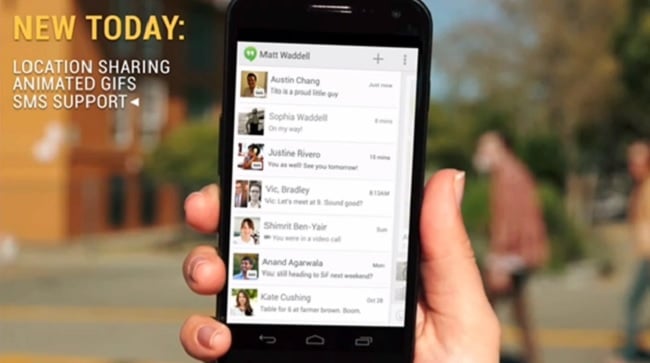 The SMS integration will allow hangouts users to send and receive text messages from within the application. In addition, the application will also feature location sharing that gives users the ability to share their location with their friends and family with a single tap, as well as the support for animated GIFs.

Unfortunately, the update is not live yet, but it is expected to hit the Google Play Store in the next few days and failed to mention an exact launch date, as always. But, we’ll update you as soon as the application with the new features is available for download.