Google has released a new version of their Google+ app for smartphones and tablets, and the new version of Google+ has had a new design with an improved navigation and a new user interface.

There are also some other new features in Google+ for Android which include Events with Party Mode and improved circle management, have a look at the photo below which shows the new UI. 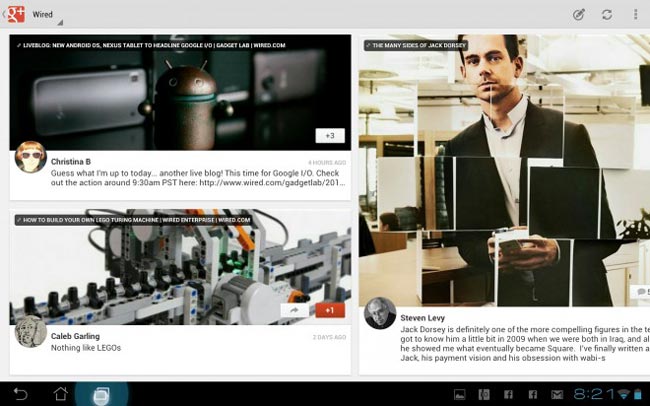 You can download the latest version of Google+ for Android for both smartphone and tablets from the Google Play Store, the app  is available as a free download.