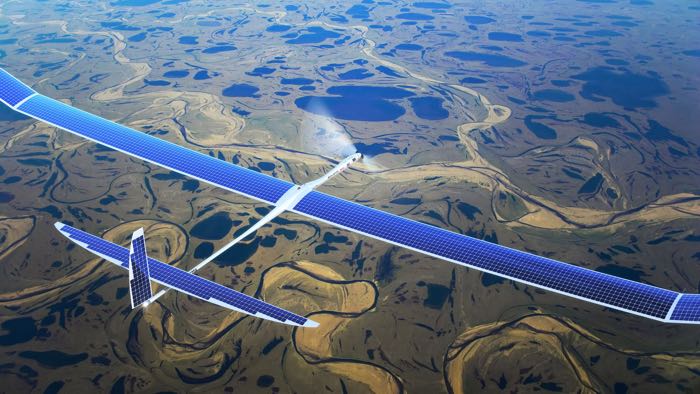 Back in April of last year Google purchased solar drone company Titan and now Google have revealed some more details about its Google drones.

The company plans to use their new Google Drones to provide Internet access in areas where there is little or none and the drones are capable of flying for long periods of time.

At Mobile World Congress, Google’s Sundar Pichai has said that their first Titan drone will be conducting a flight test within the next few months.

The project is still in the early stages and Google has said it is as the same stage that their Project Loon high altitude balloons was a few years ago, so we can expect at least another few years before the project launches.

Google has plans to use both Project Loon and their Titan Google Drones to compliment each other, the balloons are capable of covering a wide area and the Titan drones can be moved around easily to cover a specific area.