Following on from the news that Garry’s Mod or GMod as it’s more widely known, would be receiving Microsoft Kinect support sometime in the early part of December.

It’s now been revealed that the mods developer and creator Garry Newman is aiming to launch Garry’s Mod for Kinect on Thursday, December 6th 2012. Check out the videos after the jump to see the new GMod mod in action using Kinect motion sensor technology. 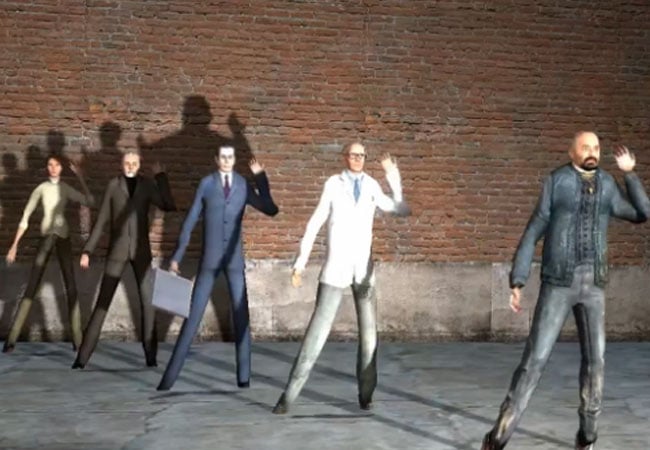 “Is this on PC? Is Garry’s Mod coming out for xbox? Yes it’s on PC – and no Garry’s Mod isn’t coming out for xbox. Ever. Is this motion capture – you’re creating animations? No – it’s live. You move your arm and the ragdoll moves its arm. You jump – and it jumps. It’s live, your body is directly controlling the ragdoll. Does it work in multiplayer? Yes! You can join a server and take control of a ragdoll. Your friend can join and take control of one and you can dance together.

What do I need? A Kinect and the “Kinect for Windows Runtime v1.6”. You don’t need the “made for windows” kinect – but if you have a 360 kinect you might need to get a power/usb cable so you can plug it into your PC. Sorry mac guys – it is Windows only. Did that guy turn into a ragdoll? Yeah – when the kinect can’t track you anymore the ragdoll turns back into a ragdoll, and just drops to the floor in place.”

To run the new version of Garry’s Mod you will require a Kinect and Kinect for Windows Runtime v1.6, and at the current time there is no mac version, for which Garry apologise.