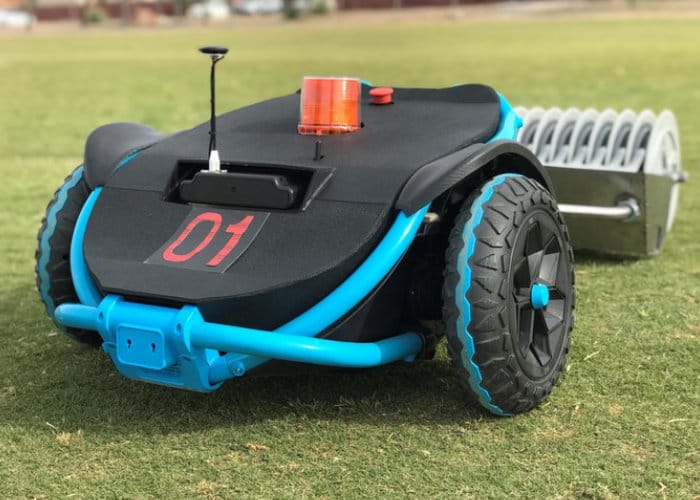 We have already featured an automated tennis ball collection robot here on geeky gadgets, which saves you the trouble of clearing the tennis courts of your practice balls. Now it is the turn of the open source golf ball retrieving robot aptly named G Bot, which is this week launched via Kickstarter to raise the required funds it needs to make the jump into production.

Watch the video below to learn more about the autonomous outdoor golf ball retrieval robot which is sure to be a huge help the driving ranges around the world. Features of the golf ball retrieval robot include the ability to set routine task programming and planning, Bluetooth, WiFi and Hotspot control system, autonomous and Intuitive Machine Vision AI , built-in GPS with object tracking and collision avoidance , heavy-duty design built for outdoor applications and more.

The autonomous golfball collection robot is capable of collecting up to 500 balls at a time and includes a rechargeable battery that is capable of providing up to 6 hours of use on a single charge. When flat the battery can be quickly recharged using its fast recharge technology. The G Bot is now available to back with earlybird pledges available from $599 or £441 for the developer kit with delivery expected to take place during December 2018 if the campaign is successful.