Last month, the Facebook-owned company mentioned that advertisements will make their way to Instagram. After the announcement, many people started thinking how the company would monetize the application. This question was later answered when the folks at Instagram gave a preview of how the ads will appear in the application so it can be distinguished from regular posts. These ads show “sponsored” on the top right corner of the post

Recently, Instagram now served users in the U.S. with its first ad ever. The first ad comes from a fashion designer Michael Kors, which shows an advertisement for a watch. The advertisement showed up, unannounced, on the timeline of thousands of people and received mix reviews from the users. 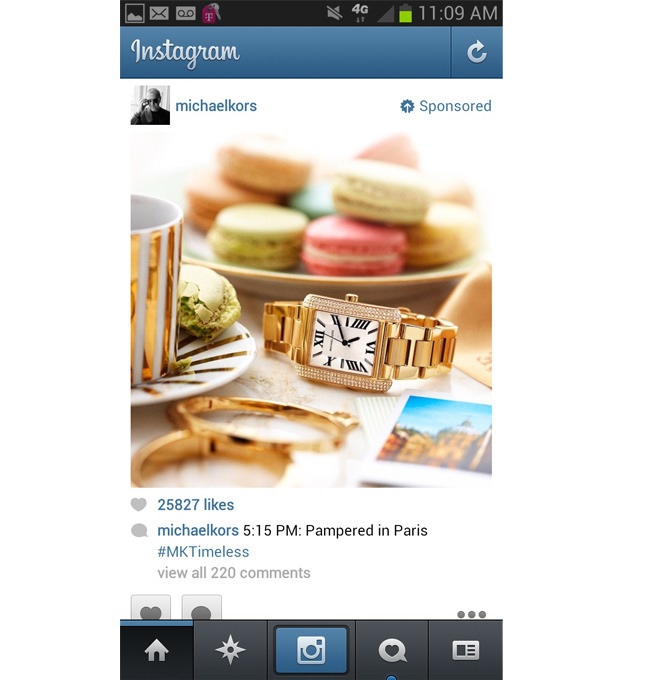 The folks at Instagram announced earlier that more ads will come to the social network, but only those who have a huge Instagram presence. Users who don’t like the ads can just tap on the three dots at the bottom and hide the ad, along with their feedback explaining the reasons why they disliked the ad.

The folks at Mashable got in touch with Instagram and confirmed that this is indeed their first ad, but they don’t have a specific timeline on when the next ad will appear.