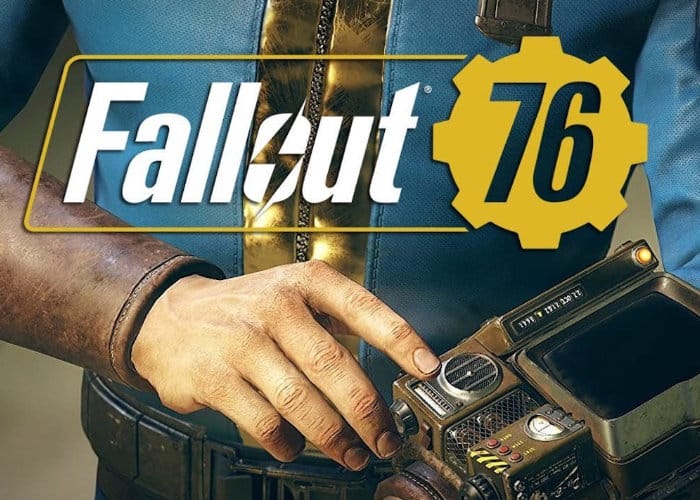 Bethesda has now opened up its Fallout 76 beta testing to PC, PlayStation 4 and Xbox One and can now be accessed by players who pre-ordered Fallout 76 from participating retailers. In just over two weeks time the official launch of the highly anticipated first multiplayer Fallout game will take place, allowing gamers on Xbox One, PC, and PlayStation 4 to enjoy the fun from November 14th.

To whet your appetite ahead of the official launch Bethesda have released a new one-minute live-action trailer providing a glimpse of what you can expect from the game. “Reclamation Day, 2102. Twenty-five years after the bombs fall, you and your fellow Vault Dwellers—chosen from the nation’s best and brightest – emerge into post-nuclear America. Play solo or join together as you explore, quest, build, and triumph against the wasteland’s greatest threats.”

If you’re interested in taking part in the beta development stage of Fallout 76 follow the instructions below.

PC players who have already created an account and pre-ordered Fallout 76 on Bethesda.net can access the B.E.T.A. once it’s live via the Bethesda Launcher. If you haven’t already, you can download the Bethesda Launcher for free. Console players who pre-ordered Fallout 76 digitally on console via the Xbox Store or PlayStation Store will automatically be able to access the B.E.T.A. once it’s live on their respective platforms. Please search for “Fallout 76 beta” once it’s available on your console’s store to download it.

If you pre-ordered Fallout 76 via participating physical or digital retailers, such as Amazon or GameStop, you will receive a code on or with your physical or digital receipt. PC players can simply redeem this code on the Bethesda Launcher to gain access to the B.E.T.A. once it’s available. However, if you play on console this code is not your actual B.E.T.A. code. To receive your B.E.T.A. code, please follow these steps:

– Create a free Bethesda.net account. If you already have an account, proceed to step two.
– Log into your account and redeem the code that came with your receipt to entitle your Bethesda.net account to the Fallout 76 B.E.T.A.
– Your B.E.T.A. code will be made available on this account page once the B.E.T.A. is live on your respective platform (October 23 for Xbox One, October 30 for PS4)
– Redeem your B.E.T.A. code on your console to participate