Eizo announced a new 23.5-inch computer monitor today called the Foris FG2421. The computer display is claimed to be the world’s first gaming monitor with a 240 Hz refresh rate. The FG2421 has a feature called Turbo 240 able to double the traditional 120 Hz refresh rate of conventional gaming monitors. The Turbo 240 technology is able to increase the refresh rate by controlling the blinking of the LED backlight. 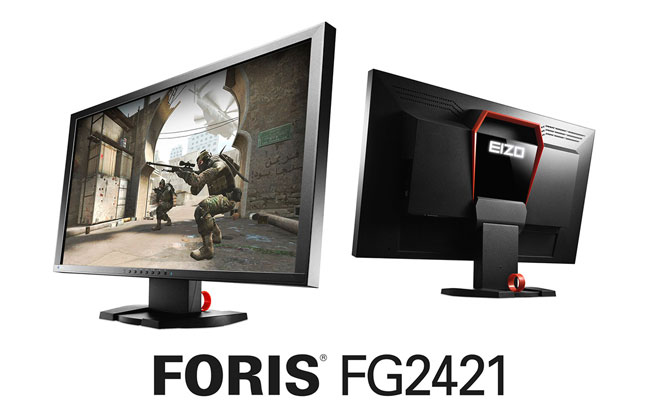 Eizo also promises that the display has a refresh time of less than 1 ms allowing it to produce the smoothest image available on any gaming monitor. The screen uses a Vertical Alignment LCD panel with 176° viewing angles. The panel has a native contrast ratio of 5000:1 and a native resolution of 1920 x 1080.

Eizo says that the high contrast ratio increases the gamer’s visibility in dark scenes making it easier to spot enemies. The monitor comes with two preset color modes designed for first-person shooters and real-time strategy games. The software that ships with the monitor also allows users to download gaming presets or create their own customized color modes. The display is available now at an undisclosed price.