UK Mobile provider EE has expanded their 4G LTE network in the UK to 14 more areas, which according to EE now gives them a total of 50 percent coverage of the UK, at the moment EE is the only available 4G network in the UK. 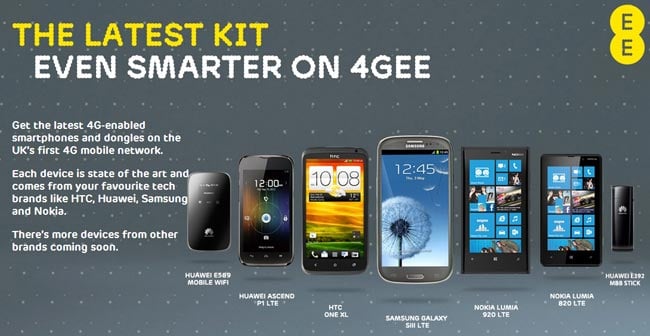 Today, 4G is being switched on in Bradford, Bingley, Doncaster, Dudley, Harpenden, Leicester, Lichfield, Loughborough, Luton, Reading, Shipley, St Albans and West Bromwich as roll out continues to progress ahead of schedule. 4G from EE now covers the homes and businesses of 50% of the UK population. By the end of June, EE is committed to launching 4G in another 30 towns and cities, bringing the total to 80.