Neil Fraser is the kind of geek who’s lovable and totally insane at the same time. For Halloween this year, he had a crazy idea involving Google Street View. What he did was build himself a Street View helmet using papier-mâché and an aluminum shell. The result is quite startling. 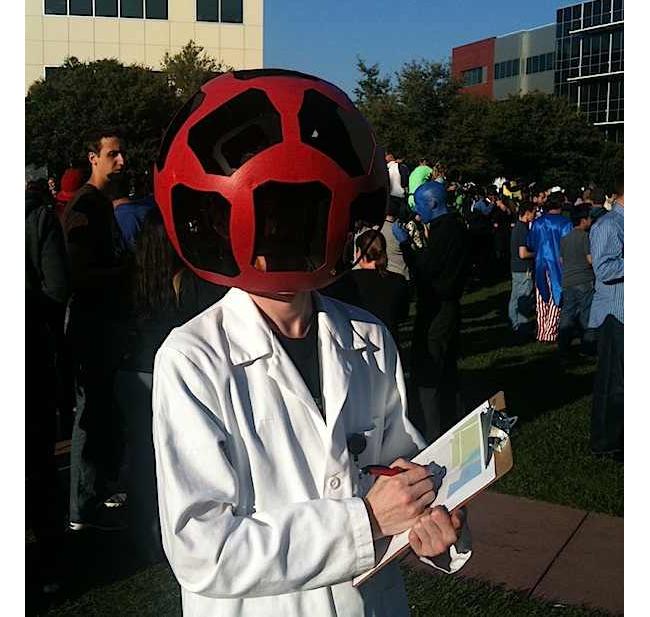 What he basically did was build a soft helmet using papier-mâché and then attach a ‘banged-up’ Street View prototype. According to him:

My costume was quite successful at Google’s internal Halloween party. Everyone here in Mountain View is familiar with the Street View cars since they are always coming and going. Who’s that blue guy in the background? Dr. Manhattan?

Go open the source link for a detailed breakdown of his latest abomination creation.