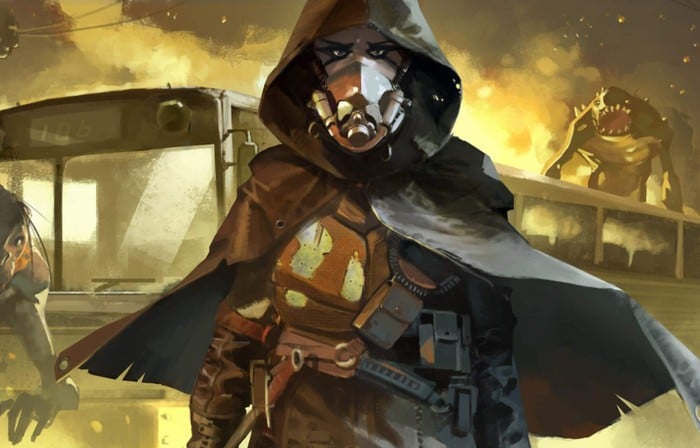 Dustwind The Last Resort has now launched on both the Xbox and PlayStation consoles providing an indie post-apocalyptical real-time tactic action game created by the team of developers at Dustwind Studios. Featuring new controls and they reworked user interface specifically created for consoles the single player game is now available to play on the PlayStation 4 and PlayStation 5 as well as the Xbox One and Xbox Series X|S and can be played in offline if desired.

– Tactical combat: It takes a tactical mind and lightning-fast reflexes to survive combat in the Badlands!
– Clusterfun: Nothing is quite so satisfying as killing an enemy with a plunger you just fired straight into their face with your bow.
– Single-player campaign: Play the moving campaign that tells the story of the nameless heroine. The story consists of 16 missions and takes about 10 hours.
– Skirmish: Get ready for a wide range of thrilling isometric single-player maps in several game modes!
– Optimized control elements and user interface to make your post-apocalyptic life in the Badlands easier

“Dustwind – The Last Resort is a post-apocalyptic real-time tactical action game with demanding combat, hours of exploration and a moving story. The engrossing single-player campaign takes place in 16 gripping story missions. Roam the Badlands in single-player mode, develop your own survival strategies, find weapons and equipment, adapt your character to your preferred way of playing, and become a leader in these dark times. Become the nameless heroine of the Badlands!”

“25 years have passed since the ‘Awakening’ – a cataclysmic event triggered by a renegade artificial intelligence known as ‘Mainframe’. The AI’s robot armies targeted all other life forms on Earth. Humans won the war, but only barely. The few survivors of this apocalypse now struggle to survive in the Badlands. It’s a free-for-all here – a brutal time to be alive! While foraging for food in the Badlands, you and your daughter are ambushed by Raiders.

They torture you, rob you, and leave you for dead. But in a curious way, their murderous ambush invigorates you. Amnesiac and hopelessly out-gunned, you vow to save your daughter! But you must proceed with caution and choose your tactics wisely, or you won’t stand a chance! In the course of your adventures, you realize that it is not just your own destiny that is at stake – this is about so much more.”