Dropbox has announced that their Dropbox for Android application now has some new features, which include the ability to automatically upload photos and videos direct to your Dropbox account.

The photos and video will automatically be uploaded to a private folder in your account which is called Camera Uploads, and the company has said that the service is also headed to Dropbox for Apple’s iOS devices. 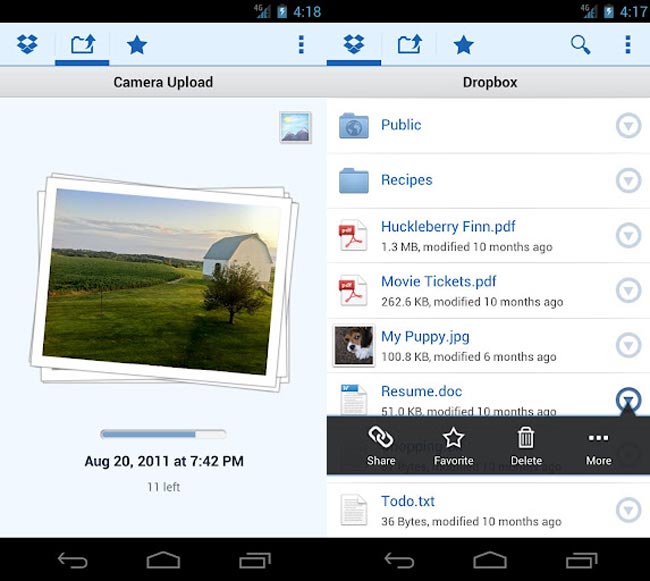 Dropbox have also updated their desktop applications for both Windows and Mac, and you can now automatically upload your photos for any camera, smartphone, tablet or memory card that is connected to your Mac or PC.

We’re really excited about these new features, and we think you’ll like them. To help you get started saving your photos, we’ll give you 500 MB of Dropbox space for your first automatic upload. As you take more photos and videos, you can use this feature to automatically upload up to a total of 3 GB extra for free.

You can find out more details of all the new features in Dropbox for both the Mac and PC as well as Android devices over at the Dropbox blog, there are no details as yet when the service will hit Apple’s iOS devices.