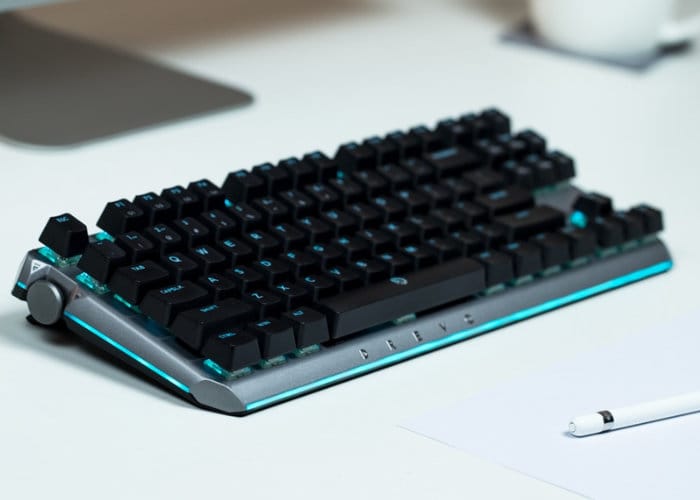 Gamers and enthusiasts searching for a new keyboard may be interested in the DREVO BladeMaster, created to provide the ultimate keyboard complete with a programmable knob. The wireless Bluetooth 4.0 keyboard is equipped with a 4000 mAh, cloud software, on-board memory and is fully compatible with both PC and Mac systems and offers eight different layouts. Watch the demonstration video below to learn more about the DREVO BladeMaster wireless keyboard which is this week launched by Kickstarter to raise the required $20,000 to go into production. BladeMaster is available in two versions either BladeMaster PRO or BladeMaster TE. 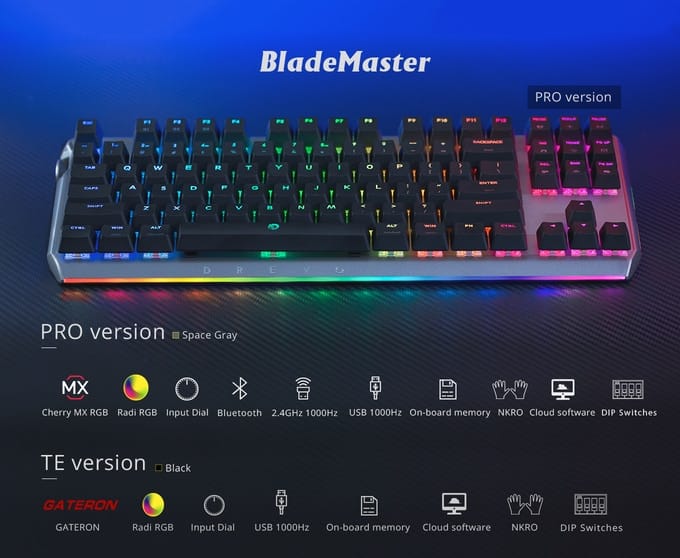 Features of the DREVO BladeMaster keyboard include a superior typing experience with Cherry MX RGB Switches, made in Germany offering options for Red, Brown, Black and Speed Silver as well as the ability to hot switch between three connection modes Bluetooth 4.0, 2.4GHz Wireless and wired USB. “World’s Fastest Wireless Gaming with BladeMaster PRO, you can game effortlessly on the 2.4GHz wireless mode with a superior response time – 1ms/1000Hz report rate.”

“BladeMaster was designed to be the ultimate gaming keyboard that’s widely acknowledged by the community, so during the past 14-month R&D process, thousands of gamers and keyboard enthusiasts have been involved by our forum-based team for suggestions and inspirations.Finally we’ve met all expectations by incorporating the latest and greatest tech innovations within the BladeMaster PRO. Thus we are confident that BladeMaster could be the best gaming keyboard you’ve ever seen.”

More details on both versions of the Bluetooth wireless keyboard and a list of all available pledges which will start shipping out to backers during August 2018 jump over to the official Kickstarter campaign page by following the link below.