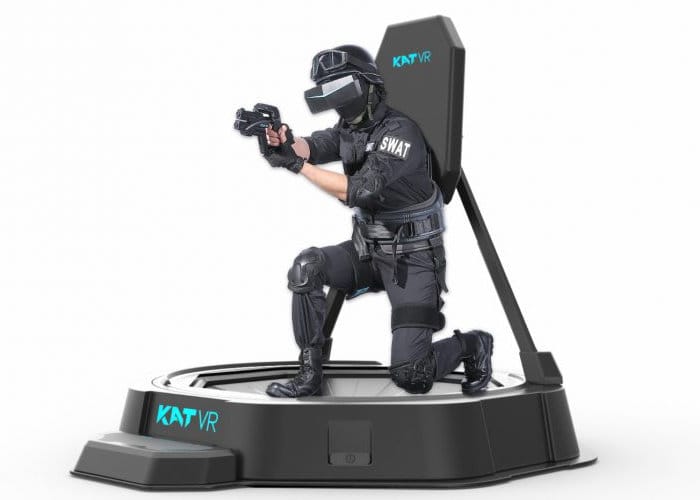 Virtual reality developers, gamers and enthusiasts wanting to know more about the new KAT Walk mini virtual reality VR treadmill sure to be interested in the three-minute demonstration video published by KAT VR this week providing a further insight into what you can expect from the omnidirectional VR treadmill. KAT Walk Mini is being developed to support SteamVR-compatible headsets including Vive and Rift, and also the Sony PSVR.

The KAT Walk mini has been designed to provide virtual reality enthusiasts with the first universally compatible VR treadmill that doesn’t restrict your body and arms movement. The design of the KAT Walk mini has been completely “reimagined” and focuses on providing the “ultimate VR locomotion experience with minimum physical space requirements and maximum movement freedom”.

Using the KAT Walk mini VR players can walk run sprint and even crouch in VR games and applications providing further immersion into the VR world’s that are currently being created by developers. The KAT Walk mini is not only smaller than its predecessors, but is also lighter, allowing it to fit in almost all spaces, perfect for the home VR enthusiast.

The KAT Walk mini will be available to preorder via a Kickstarter crowdfunding campaign which is expected to start very soon. As soon as it does we will keep you up to speed as always. Unfortunately, at the current time no indication of pricing or availability have been released by KAT.