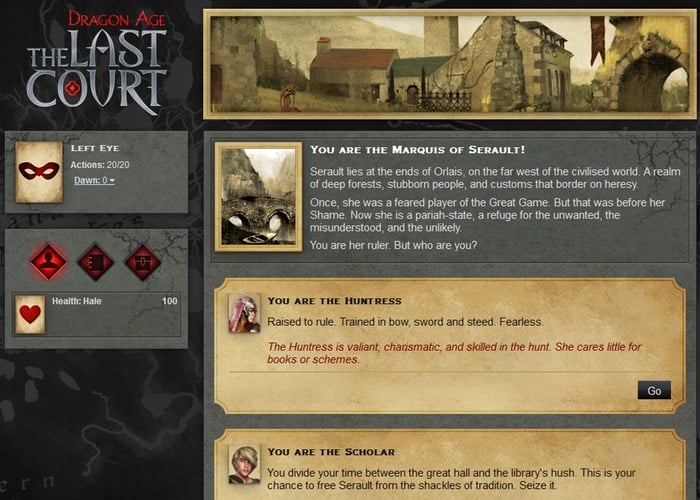 Gamers looking forward to the launch of the new Dragon Age Inquisition game that will be launching on November 18th 2014 and available to play on the PlayStation 4, PlayStation 3, Xbox One, Xbox 360 and PC.

Might be interested to know that Bioware has today launched their new Dragon Age The Last Court digital card game which is available to download and play for free. Check out the videos after the jump for a quick overview of the game and the characters you can play.

“Dragon Age The Last Court is a text-based game, highlighting the timeline between Dragon Age 2 and Dragon Age: Inquisition. As you gain power through your role as the Marquis, learn more about the characters that have shaped the world, as well as the lives and people of Orlais.”

“Exploring the world and battling evil in both real-time and tactical combat. Discover the Hinterlands, where the war between Templars and mages has hit a fever pitch, or gather materials and schematics for crafting your arsenal. You can even jump into Inquisition’s cooperative multiplayer missions. The choice is yours.

EA Access lets you play before the game is out, and your progress will carry over once the full game launches November 18. Even better, your EA Access membership gets you an exclusive 10% discount if you buy Dragon Age: Inquisition from the Xbox One Game Store. Save some money before you head off to save the world.”

For more information on the new Dragon Age The Last Court game jump over to the Bioware website for details via the link below.