MoboTap the developers of the popular alliterative mobile browser Dolphin, have rolled out a new update to their Dolphin Browser on Android, which brings with it a number of great new features as well as voice-control.

The new voice control features called Dolphin Sonar enables users to use their voice to carry out searches, share, bookmark, navigate and more. 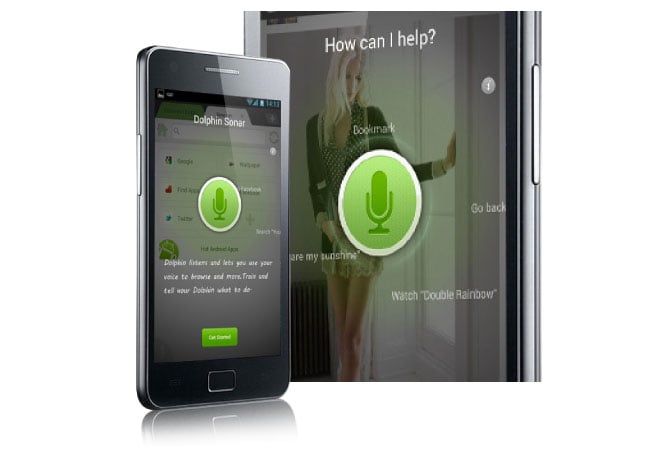 The Dolphin Sonar speech recognition feature is available for free in the Android Market via the new 7.4 update. Which also brings with it an improvement in browser speeds, as well as additional add-ons for the browser. Yongzhi Yang, CEO of, MoboTap explains:

“Our gesture-based browsing function was a game-changer in terms of the way people browse on their mobile devices, and Sonar is the logical next step,” – “Just as sonar is used by dolphins to navigate, Dolphin Sonar interprets sound to get you where you want to be online.”

Dolphin Sonar for iOS devices will be arriving sometime in the summer of 2012.