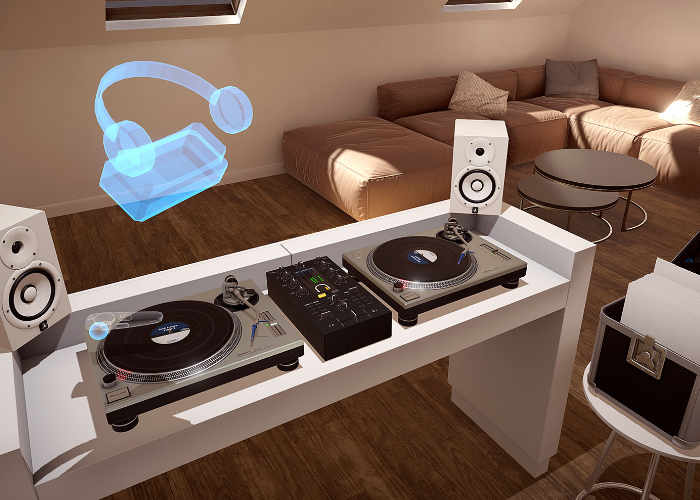 HTC Vive headset owners that also fancy engaging in a little music mixing in virtual reality may be interested in a new application which is being made available through Steam’s Early Access service and takes the form of the aptly named Vinyl Reality created by EntroPi Games. Check out the demo trailer below to learn more about what you can expect from this new VR application that gives you all the tools you need to play an amazing DJ set in virtual reality

Key features of Vinyl Reality include:

Vinyl Reality is the first DJ mixing application that accurately recreates a traditional DJ setup in virtual reality. Whether you’re a professional DJ, or a beginner interested in learning load up your personal music collection and mix your favorite tracks using two virtual turntables and a 2-channel mixer. Developed in Berlin, the European capital of electronic music, with feedback from professional DJs, Vinyl Reality aims to provide an accurate and realistic simulation of DJing with vinyl inside virtual reality.