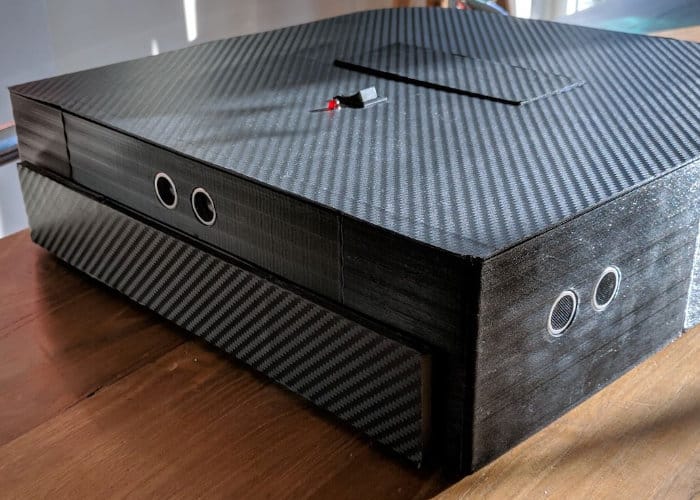 If like me you don’t fully enjoy hoovering your house, you may be interested in a new DIY Arduino robot vacuum cleaner created as part of a school project by “theking3737”. Combining skills with a fellow student the project was split into hardware design and programming which were then combined to create the Arduino powered 3D printed robot vacuum cleaner pictured above.

The DIY robot vacuum cleaner is equipped with what seems to be an array of ultrasonic sensors for navigation and is powered by an Arduino Mega-development board, attached to a HC-05 Bluetooth module enabling the robot to be controlled using a companion smartphone application. The Android app allows owners to control the vacuum via Android phone or smartwatch. 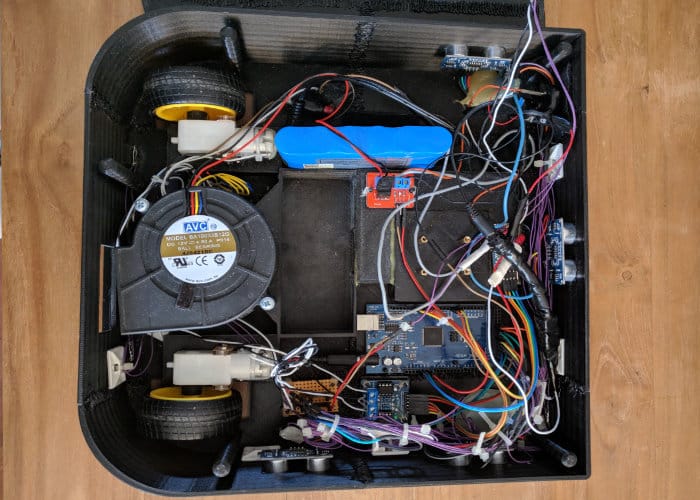 The developers of the robot vacuum cleaner explain more about their decision to use Arduino as their choice of controller: “We decided to use an Arduino mega as the brain of our robot, which we combined with a Bluetooth module, so our robot would be controllable from an android phone as well as from a smart watch (with android wear). The person I worked with had the job to write all the code for the robot itself as well as for the app. I think he did an amazing job on it. The app works really well and there are a lot of settings to play around with.” To learn more about the project jump over to the DP5 3D printing user group by following the link below.