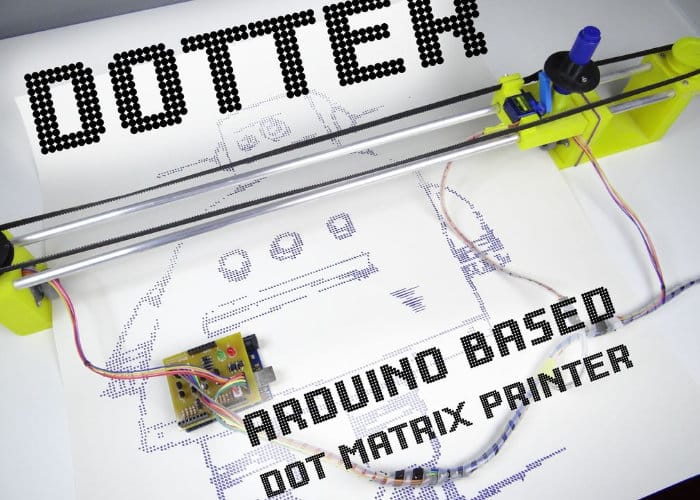 18 year old maker and developer Nikodem Bartnik from Poland, has created and awesome DIY Arduino-based dot-matrix printer, capable of creating art on paper 55 cm wide and as long as you need, thanks to its feeding mechanism. If you are thinking of building your very own will be pleased to know that the Arduino-based dot-matrix printer use very affordable 28BYJ-48 stepper motors, that you can buy from just one dollar each, rather than more expensive ones.

The frame for the Arduino dot-matrix printer was created using the fantastic Autodesk Fusion 360 application which is free to download and install. Certain components were then 3D printed before being assembled into the final Dot-matrix printing arm.

Watch the video below to learn more about the awesome project and more about the prints and artwork it is capable of producing. Nikodem also explains a little more about the inspiration behind the Arduino dot-matrix printer project, which is now available to follow over on the Instructables website. Providing full step-by-step instructions on how to build your very own. All code is also included, together with an in-depth run-through of each component and how they complement each other. Everything is Kindly listed over on the official Instructables project page via the link below.

I really like this project, because of how it works, and what can it produce (I like this pixel/dot like graphics), but there is much more in this project than just the Dotter. There is story of how I made it, how I came up with an idea for it and why failure was a big part of this project.