The guys over at WPCentral have managed to get their hands on Dell’s 2011 smartphone roadmap, which shows a new Windows Phone 7 device, the Dell Wrigley and two new Android devices, the Dell Hancok and Dell Millennium.

Both of these new Android devices will come with Android Ice cream, and the roadmap reveals some of the specifications of both the Hancock and the Millennium. 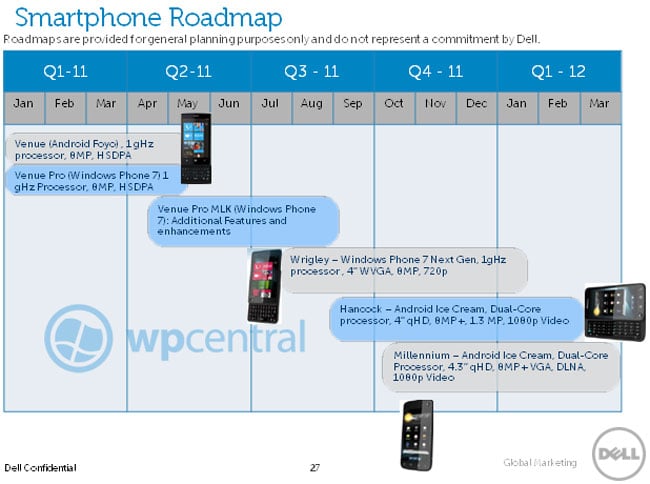 The next new Android Ice Cream smartphone from Dell is the Millennium, which will feature a 4.3 inch qHD display, an 8 megapixel camera on the back, and a VGA camera on the front, it will also feature a dual core processor.