We previously saw some leaked specifications on Dell’s new Latitude 10 Windows 8 tablet, and now the device has been officially unveiled and it comes with a 10.1 inch IPS touchscreen display.

The 10.1 inch touchscreen display on the Dell Latitude 10 features a 1366 x 768 pixel resolution and the screen is covered in Gorilla Glass, it also comes with 128GB of built in storage plus 2G of RAM and an SD card slot. 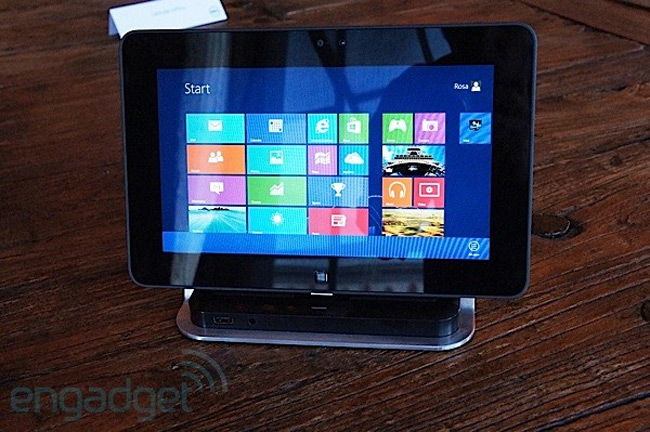 Other specifications on the Dell Latitude 10 include dual cameras with a HD camera on the front for video chat and a rear facing 8 megapixel camera for photos and video.

The Dell Latitude 10 also comes with USB 2,0, a microUSB port for charging, a microSIM card slot and a 60Wh battery, plus a dock which adds four USB 2.0 ports, Ethernet and HDMi and audio out.

There are no details as yet on when Dell will start selling the new Latitude 10, although their press release said it will be available at the Windows 8 launch so we should get more details next month.