Star Wars fans that are looking for something a little bit more original and innovative to cover their walls with rather than using paint, wallpaper or plaster board. Might be interested in these awesome Death Star wall tiles which are being created and transform any service into a Death Star.

The Death Star tiles have been custom built for use in a home theatre which was designed to provide the look and feel of being on a starship. Check out the fully finished home theatre after the jump. 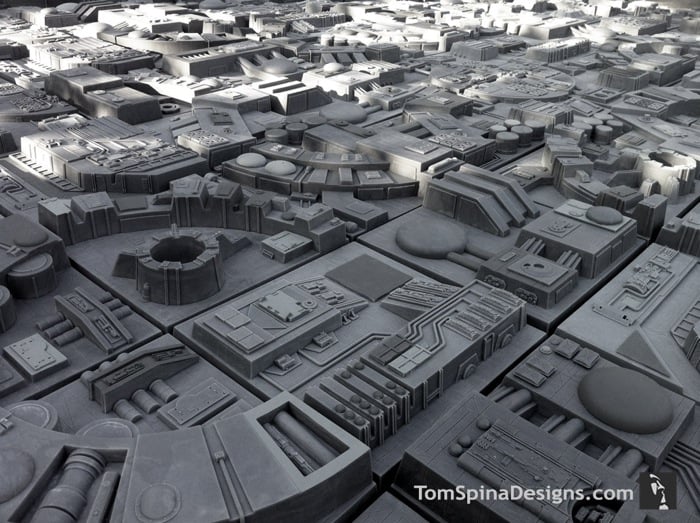 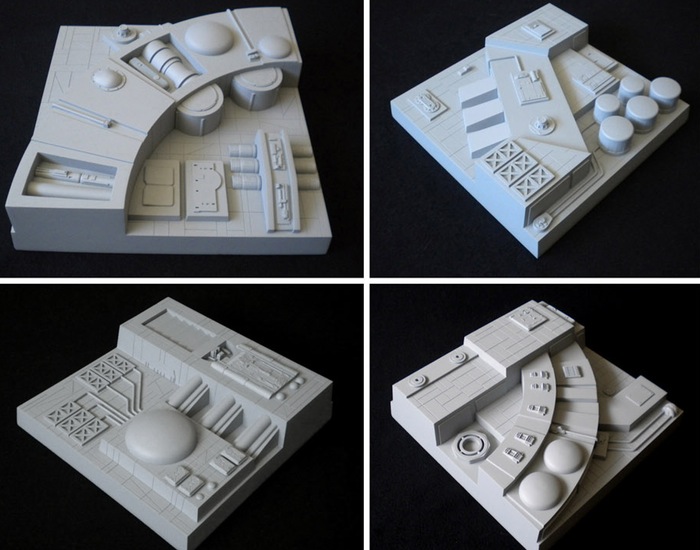 In total there are 14 master Death Star wall tiles that measure 12″ x 12″ in size and are 3-4” inches in size and include fine grain detailing. Tom Spina Design the creators of the Death Star tiles explains:

“We suggested themed three dimensional tiles inspired by the Star Wars Death Star trench and surfaces as a wainscot of sorts, running under the screen and along the lower walls and steps. These would give a sense of “tech” to the decor and, while recognizable to the avid fan, they would not be an over the top, obvious themed element. The end result blends wonderfully, with our pieces being a subtle accent, just one part of a large and awe-inspiring themed home theater.

Each master tile was molded and expertly cast in tinted resin by Lonnie Hale. From there, details were randomly highlighted in colors chosen by the home’s decorator, to help add a sense of variation to the 120 finished tiles that would be applied to the walls.”

For more information on the new Death Star wwall tiles jump over to the Tom Spina Design website for details.