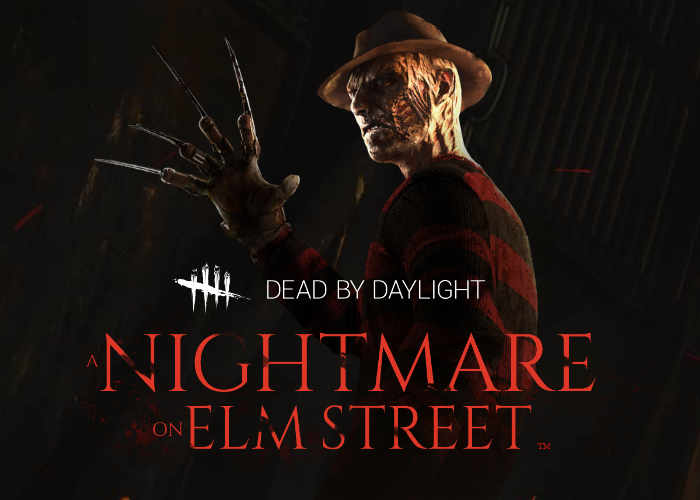 Horror fans enjoying playing the Dead by Daylight game both on consoles and PC systems will be pleased to know that a new teaser trailer has been released providing a glimpse at Freddie Krueger who will be arriving on. Dead by Daylight – as part of the A Nightmare on Elm Street Chapter. “He will instill fear in you, and it doesn’t matter if you’re awake or asleep. He and his claw-clad hand will find you – so keep running. “ say developers Behaviour Interactive.

This place plays tricks on your mind…constantly I question whether I dream or if I am awake. This most recent horrid ghoul seems to bridge that gap – between the states of being awake or asleep. I saw him hunting another poor soul, someone who was not as lucky as me. A man with a hat and a claw clad hand, a scarred man of sorts. He spotted me and what actually happened next is still a mystery to me. Dreams took over, and I was sure to die. But I woke up. Not like in the manner where I awake a the campfire, but instead I just woke up…inside this wretched forest, with memories of nightmares within. I am now afraid to sleep, but also to stay awake.

Dead by Daylight is a multiplayer (4 vs. 1) horror game where one player takes on the role of the savage Killer, and the other four players play as Survivors, trying to escape the Killer and avoid being caught, tortured and killed.
Survivors play in third-person and have the advantage of better situational awareness. The Killer plays in first-person and is more focused on their prey. The Survivors’ goal in each encounter is to escape the Map without getting caught by the Killer – something that’s not as easy as it sounds, especially when the environment changes every time you play.

Killer Perks :
– Save the best for last: As Obsession stays alive, cooldown of missed and successful attacks are decreased.
– Dying Light: The Obsession’s speed for altruistic actions – such as healing and rescuing – is increased. But once killed, there’s a penalty to repairing, healing and sabotage for other Survivors.
– Play with your food: As you let your Obsession escape after a chase, your movement speed is increased.

Survivor Perks :
– Last Survivor: Your chances of survival increase as other Survivors die – disrupting the Killer’s aura-reading ability.
– Decisive Strike: As a last way of escaping the Killer’s grasp, Laurie takes a stab at the Killer.
– Object of Obsession: If you’re the Killer’s Obsession, you are able to see the Killer’s own aura.