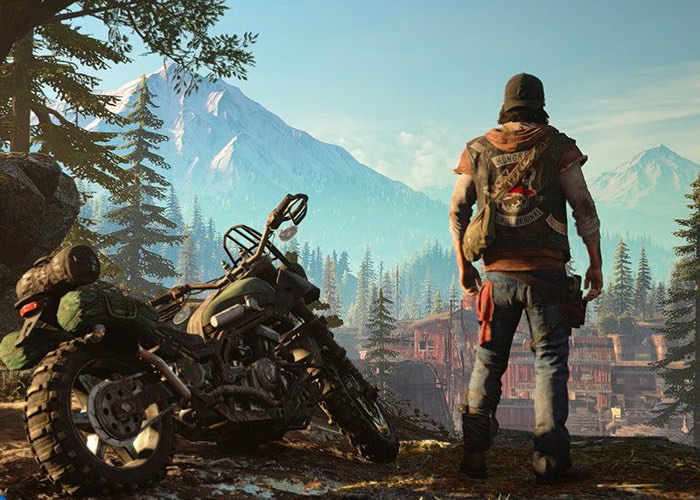 The highly anticipated launch of the new PlayStation exclusive, Days Gone, will take place on April 26th, 2019. To whet your appetite ahead of its release developer Bend Studio and publisher Sony Interactive Entertainment have released a new trailer during which Sarah and Deacon invite you to celebrate their wedding.

“Deacon St. John and Sarah Whitaker were an unlikely couple: He was from rural Oregon, a member of an outlaw motorcycle club; she was from Seattle, a botanist with a degree in biochemistry. But from the moment they met, on the back roads of Farewell Oregon, they were inseparable. Now they’re ready to ride off into the sunset and face the next chapter of life together as man and wife. “

Within the new single player game Days Gone players take on the role of Deacon St. John, a bounty hunter facing a “brutal struggle for survival while searching for a reason to live. Days Gone is now available to preorder and will be exclusive to the PlayStation platform.

“At its core, Days Gone is about survivors and what makes them human: desperation, loss, madness, betrayal, friendship, brotherhood, regret, love—and hope. It’s about how, even when confronted with such enormous tragedy, hope never dies.”