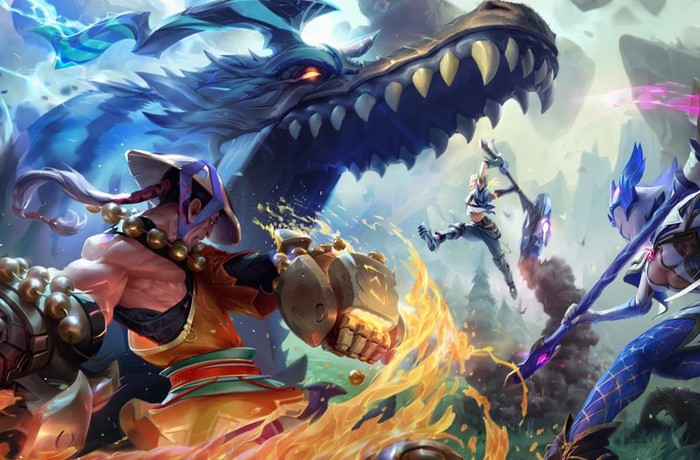 Josh Hood Associate Producer at Phoenix Labs as taken to the official PlayStation blog this week to announce the upcoming launch of Dauntless on the PlayStation 5 this week. Confirming that the game will be available to play for free from December 2, 2021 onwards. The new native version of the game, launches alongside the “Call to Arms” content update bringing with it “significant graphical upgrades, much faster load times” together with DualSense controller and 3D Audio support, and more. Check out the PlayStation launched trailer below to learn more about what you can expect from Dauntless the free-to-play co-op action RPG Already available to play on the Nintendo Switch, PlayStation 4, Xbox One, and PC.

Dauntless RPG lands on the PlayStation 5

“Dauntless arrives on PlayStation 5 with full cross-generation support, DualSense and 3D audio functionality, 4K resolution, 60 FPS, stunning textures and lighting, and much more. Check out the new “Call To Arms” update featuring Sahvyt, the brand-new shock Behemoth. Play free now! Slay with your friends from all over the world, no matter which platform they play on. Master your skills to destroy the powerful, wild, and ravenous Behemoths that threaten to consume what’s left of the world.”

“Join millions of players and hunt massive monsters together in Dauntless, a stylish action-RPG created by Phoenix Labs. As a Slayer, you are all that stands between your world and the Behemoths that seek to devour it. Form your hunting party alongside up to three other Slayers and battle boss-sized monsters in a variety of challenging co-op battles. Add to your arsenal by crafting deadly weapons and powerful armor from the very creatures you slay – all in a massive, free-to-play online world. From the frontier settlement of Ramsgate to the turbulent reaches of the Maelstrom, there’s so much to explore, and so much worth protecting.”