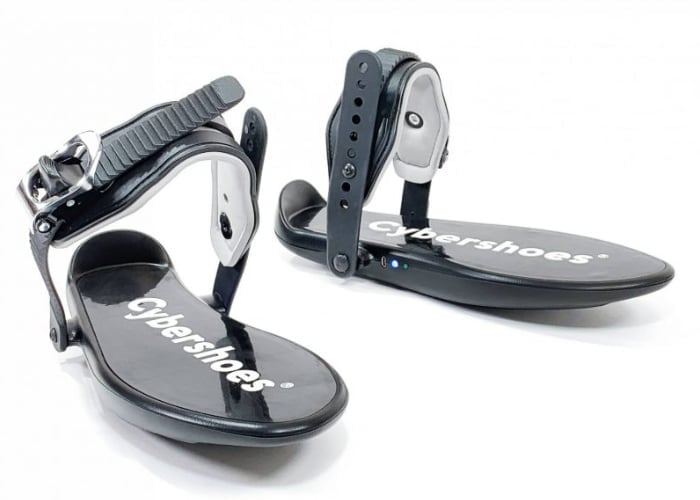 Virtual Reality gamers and users might be interested in a new project launching on Indiegogo tomorrow called Cybershoes. Offering a new way to control your movement within virtual reality without the need for large spaces. Watch the demonstration video below to learn more about the Cybershoe VR locomotion controllers that attached to the bottom of your shoes enabling you to stay seated in VR yet move as though you are running or walking.

When the Indiegogo crowdfunding campaign launches tomorrow early bird pledges will be available from $269 offering a 51% saving off the recommended retail price which will take effect once the campaign comes to an end. The Cybershoe VR locomotion controllers have already experienced a successful Kickstarter campaign and will be available via Indiegogo from tomorrow.

“You can now step into your games like never before with Cybershoes, a VR accessory that allows you to literally walk and run through virtual reality. The Cybershoes are strapped directly onto your feet and as you are seated in a swivel bar stool, you’re ready to begin your VR journey. The Cybershoes are compatible with any VR game and are the first treadmill integrated in SteamVR. With the Cybershoes you can feel like you’re exploring ancient dwarven ruins or fleeing from a horde of the undead.”

For more details jump over to the holding page for the new Indiegogo campaign which will launch tomorrow allowing you to make pledges from $269 plus shipping for the first 99 early bird backers.