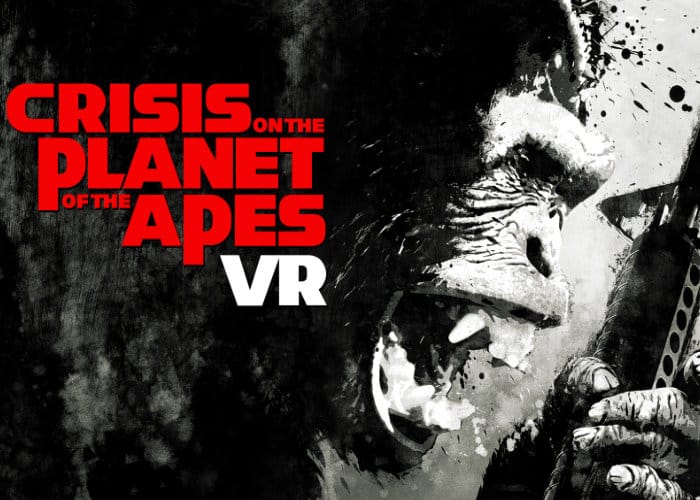 Created by 20th Century Fox’s Foxnext VR Studio the Crisis on the Planet of the Apes will be the first virtual reality game from the studio and was produced in partnership with the UK-based Imaginati Studios. Foxnext VR Studio senior VP and GM Brendan Handler explains “VR has always held the promise of bringing together the cinematic storytelling of film and the deeply immersive interactivity of games. ‘Crisis on the Planet of the Apes’ VR takes this potential to the next level. We set out to give the fan a lead role in this dark apes world – to feel the ape’s strength, power and movement as he fights his way to safety.”