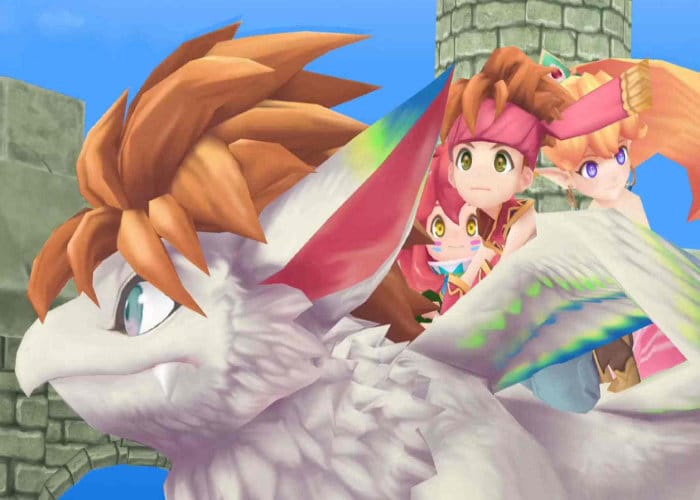 The Secret of Mana 3D remastered edition will be officially launching early next year and available to play from February 15th, 2018 onwards. The iconic team which has now been remastered and transformed into a 3D version will be available to play on the PlayStation 4, PS Vita and will be available on the PC via Steam. If you are interested in seeing what you can expect from the remastered version of the 1993 original developed by what was then known as just Square, now known as Square Enix, check out the PlayStation Underground gameplay video below to learn more.

Secret of Mana 3D remake has been surprisingly announced few days ago and very first gameplay video has been shown during recent Twitch live stream. Let’s compare PS4 gameplay with SNES original and see how much it stics to great predecessor in terms of gameplay. Rather than using a turn-based battle system like contemporaneous role-playing games, Secret of Mana features real-time battles with a power bar mechanic. The game has a unique Ring Command menu system, which pauses the action and allows the player to make decisions in the middle of battle. An innovative cooperative multiplayer system allows a second or third player to drop in and out of the game at any time. Secret of Mana was directed and designed by Koichi Ishii, programmed primarily by Nasir Gebelli, and produced by veteran Square designer Hiromichi Tanaka.

The Secret of Mana 3D remastered edition is now available to preorder directly from the PlayStation Store and Steam.