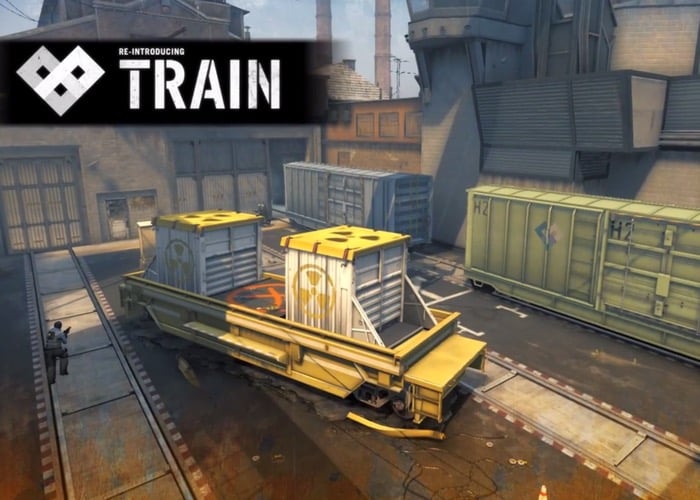 The Train map from the original Counter-Strike series has this week be relaunched after being remastered by the developers at Valve, and has been rebuilt from the ground up for the latest Counter-Strike Global Offensive (CS:GO) game.

Providing the CS:GO players with the iconic map once again, together with some new “intuitive layout changes” says Valve.

Check out the new CS:GO Train map in the video below to see what you can expect from the remastered version. The new Train map is now available in the Operation Vanguard map group across a variety of game modes.

“Train is a memorable and classic Counter-Strike map. We’re excited to begin a new chapter in the history of Train by releasing a new and upgraded version for Counter-Strike: Global Offensive. We’ve rebuilt the map from the ground up in order to improve both the visual appearance and competitive gameplay balance of this iconic location.

Our primary goals were to improve the gameplay balance of the map while simultaneously upgrading the overall visual experience. This meant making more intuitive layout changes, then re-interpreting large and small-scale environment elements to improve judgement of space and distance. Check out the video to see a montage of iterative changes made during development. We’ve also outlined some in-depth explanations of these changes in more detail below.

Train is available now in Competitive Matchmaking and other game modes as a part of the Operation Vanguard map group. Help us improve the map by playing it and giving us your feedback!”

For more information on the new Train map for CS:GO jump over to the official website for details.