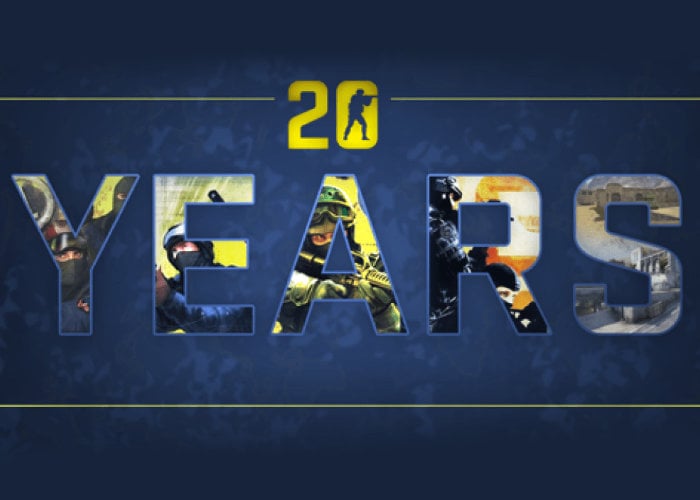 To celebrate 20 years of Counter-Strike Valve has added the classic Dust 2 map to CS:GO, but unfortunately other iconic Counter-Strike maps like Italy, Train, Militia and others are not included in the celebrations at the current time. Counter-Strike Started life as a multiplayer mod for the awesome Half-Life game created by Valve. Over time Counter-Strike has become one of the largest first person shooter franchises in gaming history and is still going strong even 20 years after its initial launch. To celebrate the occasion valve has created a new update for CS:GO which brings with it the classic CS 1.6 version of Dust 2.

“Counter-Strike took the gaming industry by surprise when the unlikely MOD became the most played online PC action game in the world almost immediately after its release in August 1999,” said Doug Lombardi at Valve. “For the past 12 years, it has continued to be one of the most-played games in the world, headline competitive gaming tournaments and selling over 25 million units worldwide across the franchise. CS: GO promises to expand on CS’ award-winning gameplay and deliver it to gamers on the PC as well as the next gen consoles and the Mac.”

For more information on the latest upd ate to the Counter-Strike: Global Offensive first person shooter jump over to the official Valve Steam games network.