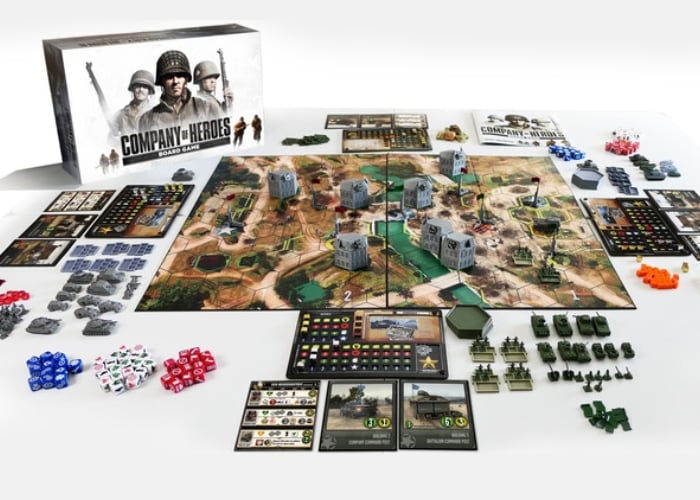 Fans of the Company of Heroes show to be interested in the Company of Heroes Board Game which is currently on Kickstarter and already raised over $500,000 thanks to over 3,000 backers with still eight days remaining on its campaign. Check out the promotional video below to learn more about the board game based on one of the greatest WWII strategy games of all time.

Pledges are available from $65 for the two player core set and worldwide deliveries expected to take place during May 2020. The game has been designed to provide a ‘medium weight’ WW2 strategy game that focuses on fun tactical choices, streamlined combat, and a lot of unit purchasing and upgrading.

“Featuring innovative game mechanics like multiple fog of war systems, a hybrid deterministic + random combat engine, cover systems, building destruction, beginner and intermediate play modes, and a beautiful resource and economy system. This is a stream-lined WW2 board game focused on having fun.”

To make a pledge and be one of the very first backers to own a copy of the Company of Heroes board game jump over to the official Kickstarter project page.