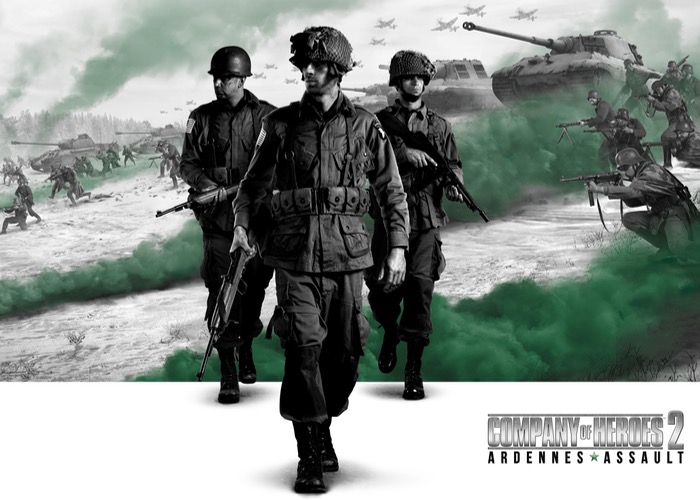 The Company of Heroes 2 Ardennes Assault DLC will be officially launching on November 18, 2014 and is the reimagining of 1944’s Battle of the Bulge

The Battle of the Bulge took place from 16th December 1944 – 25th January 1945 and was a major German offensive campaign launched through the densely forested Ardennes region of Wallonia in Belgium, France and Luxembourg on the Western Front toward the end of World War II in Europe. Hitler planned the offensive with the primary goal to recapture the important harbour of Antwerp.

The surprise attack by the Germans caught the Allied forces off guard and the US forces incurred the highest casualties for any operation during the war as well as severely depleting Germany’s war-making resources.

“Company of Heroes 2 Ardennes Assault is a harrowing new chapter in the critically acclaimed series. Today, we are very excited to share our first Ardennes Assault gameplay trailer with our fans.

Watch this infamous battle unfold through the eyes of a Commanding officer who recounts how he brought his men back from the brink of defeat and how the decisions he made came at a great cost. How will you forge your path to glory?”

The Company of Heroes 2 Ardennes Assault is now available to pre-order from Steam for $40 or £29.99