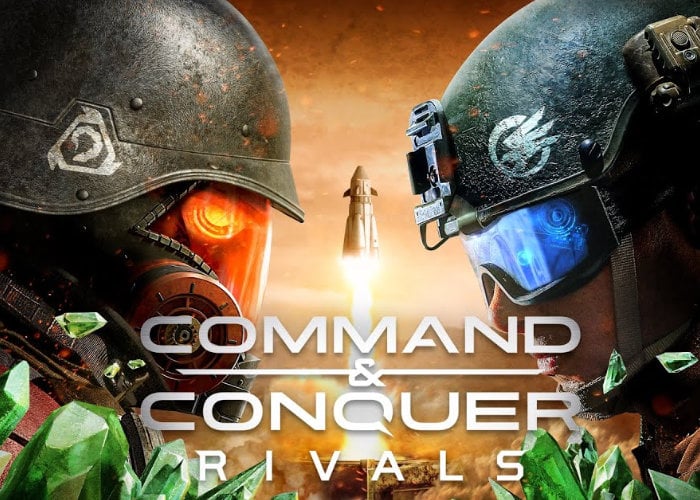 After being available during development to play and test out, today Electronic Arts has announced the official launch of the mobile version of Command and Conquer Rivals which is now available to play on both Android and iOS devices. Check out the official launch trailer below as well as a quick 10 minute gameplay introduction which provides a good overview of what you can expect from the mechanics of the mobile Command and Conquer Rivals game.

“Built from the ground up specifically for mobile, Command & Conquer: Rivals offers innovative player versus player (PVP) gameplay, with intuitive controls that enable players to focus their efforts on strategy and skill as they face off in intense 1v1 battles.”

“In Command & Conquer: Rivals, players must lead their faction to victory, choosing between the hi-tech Global Defense Initiative or the faster-paced Brotherhood of Nod factions. It’s supreme Colonel Jackson vs the fan-favorite Kane. True to the iconic RTS series, planning and tactical execution are keys to winning. Moves are quick and frenetic, and each match requires a unique approach where players must create their best combination of infantry, tanks, aircraft, and behemoths in order to defend and out-maneuver an opponent.”

“Competition is at the heart of this game with Rivals Champions, an exclusive in-game weekend event available at launch. In Rivals Champions, players of all skill levels can compete in a unique matchmaking pool with different ranked tiers, and the better a player performs, the bigger the rewards. Next year, EA’s competitive gaming roster will expand with Command & Conquer: Rivals. Rivals Champions, modeled after the immensely popular FIFA Ultimate Team Champions in FIFA, is the signature competitive experience where the development team will work with the community to launch a multi-continent esports program in 2019.”