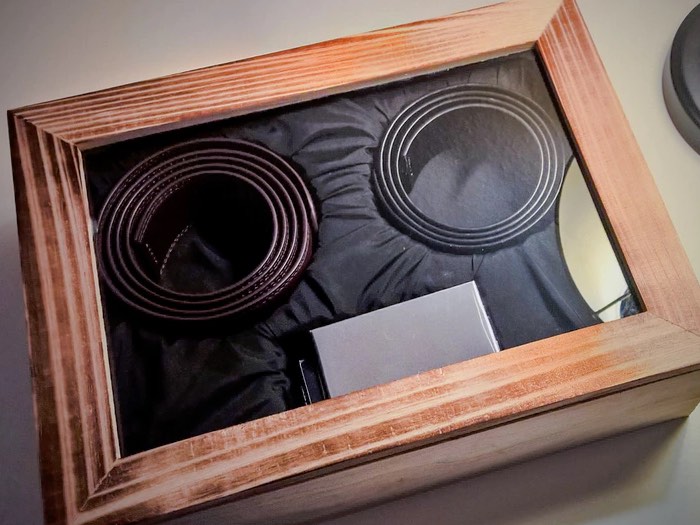 Your smartphone battery running low on juice is bound to happen when you need it most, and if you would prefer not to carry a bulky battery pack just in case the worst should happen. You might be interested in a new smart belt called Cansoo which has been launched over on the Kickstarter crowdfunding website this month.

Cansoo is a slim buckle belt that can be worn just like any traditional belt but is equipped with a handy emergency battery and charging cable that can save you when your smartphone battery runs low on juice.

The Cansoo has been put through a number of prototyping stages and refinements and is now looking to raise just €3,500 via Kickstarter to make the jump into production. Watch the video below to learn more about the inspiration, design process and features you can expect once the Cansoo is made available.

Everything started with a regularly drained phone battery and my love of belts. I love my phone and can’t be without it anymore, but there is one thing that has bothered me since smartphones came around. Drained phone batteries. The days are too long and the phone batteries too small. I never have room in my pockets for powerbanks or spare batteries. So, one rainy day at home, I came up with the idea of combining a belt with a power bank.

The idea grew and I started to talk to my dad about it. He’s a great handy man who’s worked with metal all his life. With his help, we shopped around for the materials we needed for a prototype. I got aluminum batteries, screws, and other essential things needed for our product. As soon as we had everything, we started building a prototype. We had no experience and only a little plan. We’ve put in a lot of effort to create our prototypes. We went through different stages and many different models. The first prototypes were bulky and had visible screws on the outer shell.

For more information on the new Cansoo smart belt jump over to the Kickstarter website for details by following the link below.