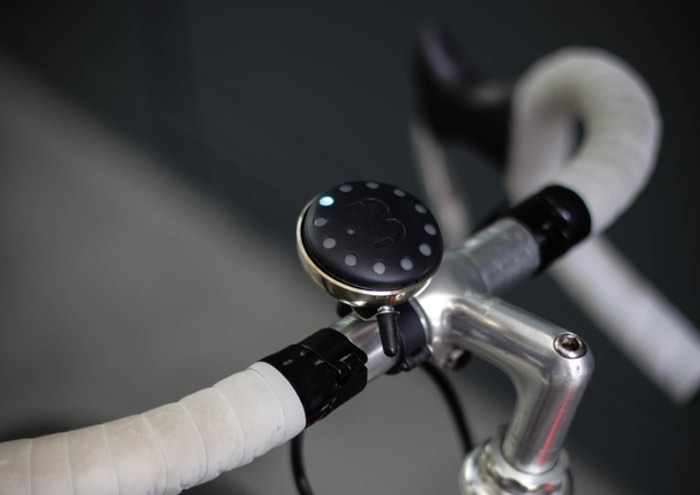 Blubel Tech has created a new bike navigation system which allows you to easily cycle from one place to another using indicators that alert you to when you need to change direction.

The Blubel bike navigation system also learns from the cycling community to help you find the safest routes from one location to another in major cities. Watch the video below to learn more about its inspiration and design.

Cycling is the best way to get around, except for if you get lost. With Blubel you have a local expert to guide you wherever you are. A beautiful device housed in an elegant bicycle bell, it not only navigates your every turn, but also learns from you and the cycling community to find the safest routes wherever you are in the world. We are excited to launch Blubel on Kickstarter with the help of the European Space Agency and IBM.

Blubel guides you to your destination, following the most cycle-friendly routes. Its intuitive LED gestures call out turn by turn directions and indicate the heading of your ultimate destination. No more getting lost, diverted onto busy roads, or forced to stop at every junction to find your bearings. It works anywhere in the world too!

Blubel has now entered its last week on Kickstarter and is available to back with pledges starting from £50 offering a 23% discount off the retail price, with shipping expected to take place during December 2016.