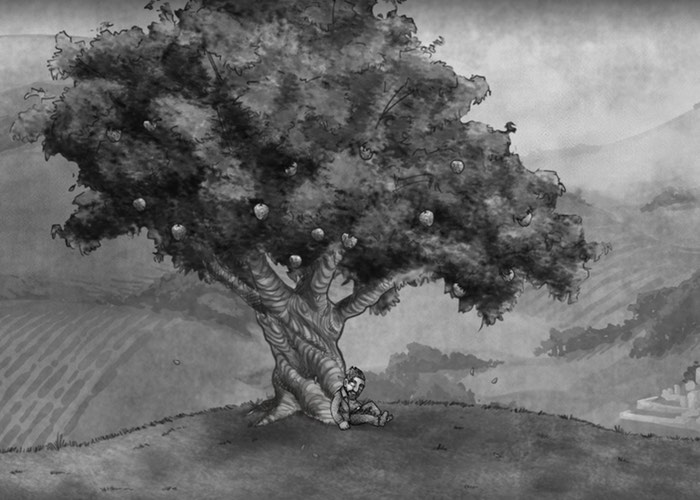 The Bridge game is available to purchase for $14.99 and is a logic puzzle game in the style of M. C. Escher. The game is DRM-Free and is also available via Steam for Windows, Mac, Linux, Xbox One and WiiU.
Ty Taylor Game Designer, The Quantum Astrophysicists Guild explains more :

The Bridge opens to a scene where an unnamed character is sleeping under a tree. At this point, the only available action is to rotate the direction of gravity — the common theme throughout The Bridge. Like with Isaac Newton, an apple falls from the tree to wake our sleeping protagonist, and the journey begins.

The Bridge is an unconventional platformer (if you would even call it that), because there is no jump button. Instead, you must navigate through the puzzle structures by only walking and applying the unusual mechanic of gravity rotation. But the gravity manipulation doesn’t stop there — throughout The Bridge you will encounter gravitational vortexes, inverted gravity, objects having gravitational vectors that are different than your own, and more.